Have your soil tested by specialist engineers if you suspect heavy metals in the soil.

Testing Soil Before You Buy:

If you are in the fortunate position of being able to buy a property, you should test it before you buy. Make sure you test in several areas, especially boggy or low lying areas where contaminates may collect. The National Association for Sustainable Agriculture, PO Box 366, South Sydney, NSW 2000 or Organic Farming and Gardening Society of Australia, GPO Box 2605, Melbourne, Vic 3001 may be able to provide contacts for professional soil testing. Always try for free service and advise from Government bodies such as Department of Agriculture first. You contacting them helps ensure their funding, and keeps them available and accessible to a wide range of people.

Chemical tests on suspect soils will break down the chemistry into known compounds and elements. Chemical tests will reveal if there is arsenic, or heavy metals etc. But the detection of toxic elements by chemical methods

Identify the source of contamination.

Sources of contamination are most likely air, water, some sites may have been areas with chemical dumping (land fill).

Also consider the water that is coming onto the property, in normal rains and during flood. Identify potential contaminates upstream or uphill from your site, the chemicals which water can absorb are a threat to your plants as they too absorb water-soluble chemicals.

If you are living in area rich in red lichens then the air is quite clean. White lichen and conifers indicate fairly clean air. Some toxins that enter the site by air are not water soluble, they may be particles that are more a health hazard to people’s and animal’s lungs (by breathing the particles) than through eating the plants.

Sometimes the chemicals brought into the site are most hazardous, these include Round-up which is touted by many as not dangerous to the environment but contains a surfactant which kills aquatic animals and also contains potentially cancer-causing agents. Other imports are horse manure from horses that have been de-wormed. Mulching material such as coloured paper is usually safer to use as mulch than as compost. Remember that composting concentrates minerals and nutrients. If you are unsure, spread the material about and keep it covered so that any particles will not cause residents harm.

Decide if the source of contamination is coming via the air and will be a long-term problem (a nearby orchard with toxic sprays, a lead smelter, etc.) or was it an accident some time ago (oil spill, mining disaster, fallout from old smelter).

If you are confident that contamination will not recur you should move to the next step to rehabilitate the soil. 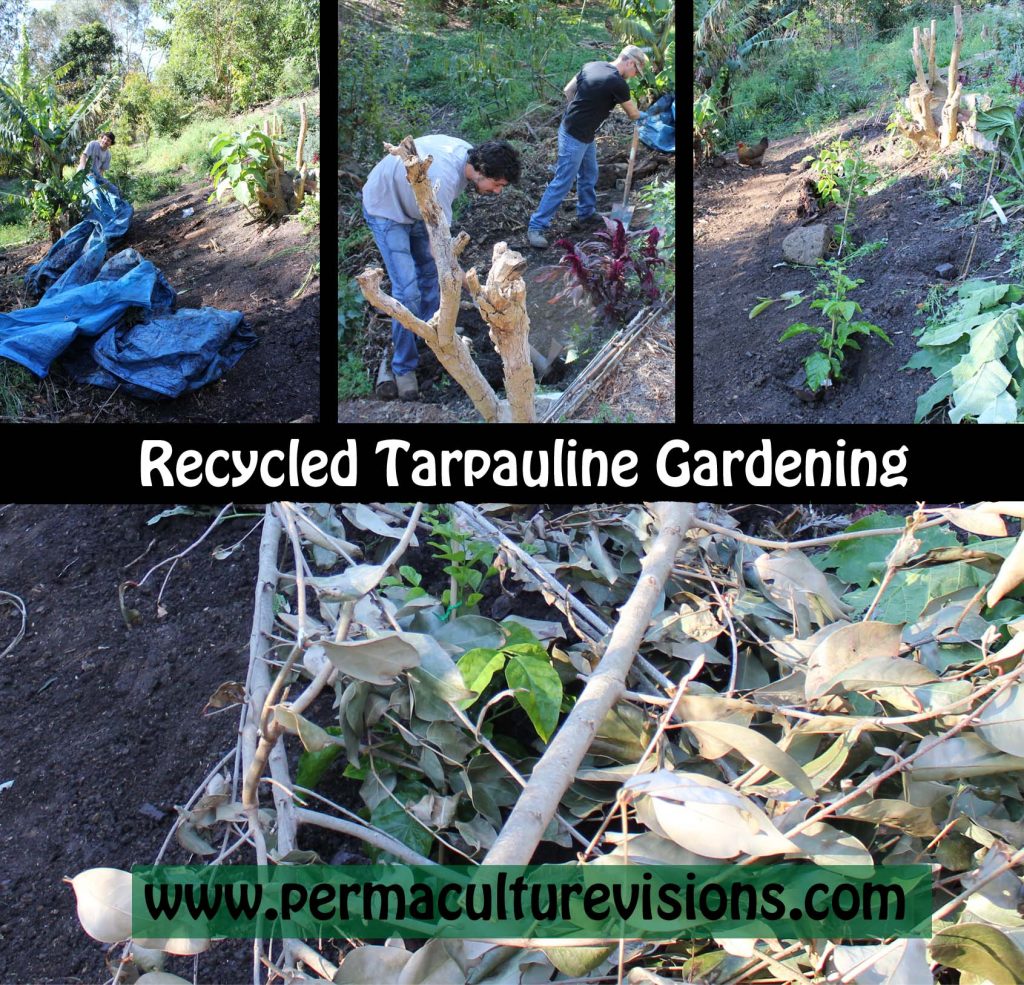