What Do The Geese Do All Day?

Geese clearing the paths – if only! 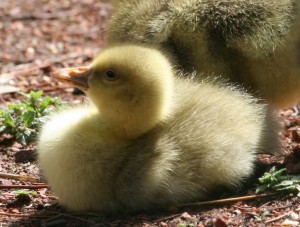 Geese are not pets.  They are great security animals. Sure, a gosling will let you pet it as it grows.  Ours have even put their wings around me and rubbed my neck, followed me around the garden and posed for pictures – so sweet! but later they make a special effort to show me how good there are at being a goose by honking, hissing, biting and shaking just to scare me off.  Only when a gander or goose is injured will she let me touch her again.

Goslings are tricky to raise on a small site because the geese are clumsy parents.  Goslings die very easily.  Hawks and crows find them very yummy.  Hand raised goslings need a very careful diet including fish oils, no dairy and definitely no chocolate cake at Christmas.

Geese can sneak up on you when you are out in the garden picking herbs and give you a bit of surprise attack in sensitive areas.  Geese don’t harm humans as viciously as dogs, simply because they don’t have teeth.  They can still traumatise, scratch and bruise you.  They can kill small creatures such as chickens, rats, snakes and lizards. 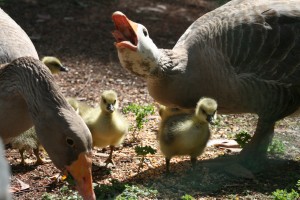 When they attack they often attack in a pack.  Once Ryan, our son was attacked when he went to feed them. All five of our geese flew up on to his head, grabbed his hair in their beaks, planted their webbed and nailed feet on his shoulders and beat him with their wings. He reported the attack as feeling like it was a flock of Pterodactyls at his head.

Geese don’t eat meat so they are not inclined to hunt. They are more fond of parading and attacking in defense. Our hand raised geese are great company in the garden except in late winter, spring, and summer.  So, the cuddly days are very short.

Geese can be poor mothers if the house is small because they often tread on the goslings.  Geese are not suitable in areas where you plant herbs and vegies in your permaculture garden because they are clever and will carefully pull at a plant until they find the tuber (as with waterchestnuts) or the berry or corn on the stalk.

Our Geese Are The Doormen 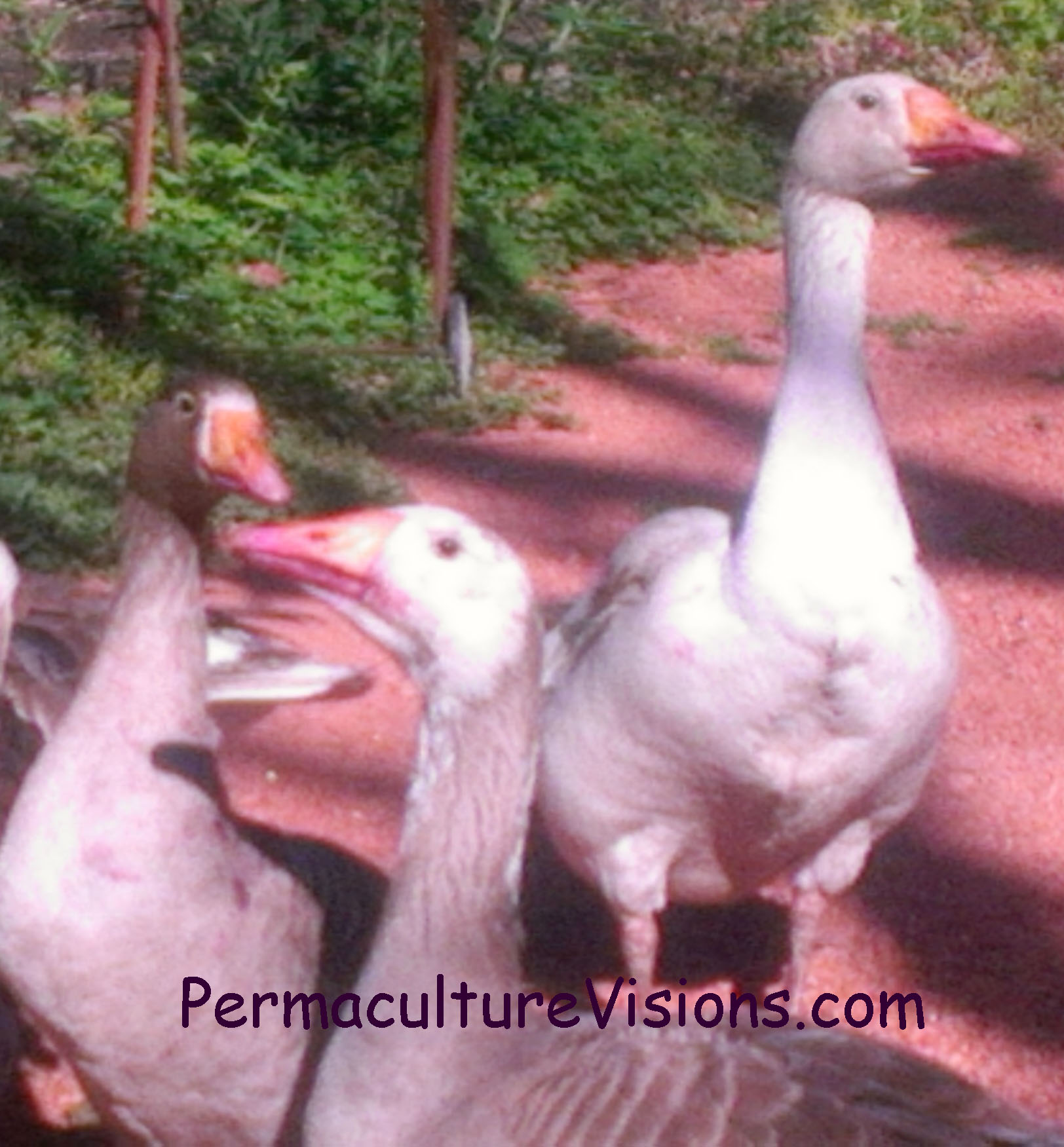 Geese keep away dogs and foxes during the day but have poor eyesight at night.  We have the geese patrol the outer boundaries to protect our chickens.  The other challenge with keeping geese is the noise they generate at night.   When they hear a noise – they like to honk about it.  They hate rodents so they will honk at any noises to keep them at bay.  Before we had the geese we had a lot of mowing, then the geese ate most of the grass.  Now we have planted the area with a food forest.

If you work at home, have good hearing and can handle large birds, sure, we would love to recommend geese, but if you work off-site or have small children – don’t risk it.