In Praise of Metal 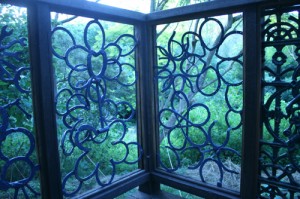 In the ancient folklore of European Man, metal (more specifially iron) was known to kill or repel fairies.  Iiron and metal was a significant technology to cause the downfall of many more peaceful cultures. Metal was and is a powerful weapon. But it is now an integral part of modern life. Life without metal today would be much harder than life before the invention of metal. Before the invention of metal our population was low, forests far more abundant and we had skills to harden, bend, and join wood, and technologies to make domestic pottery, wooden pegs, dowls, ties, leatherwork, bone, stone, receipes for natural glues.

Why is metal today better for the planet that plastics? Typical plastics, made of petroleum, are toxic to every life form on the planet. They break down into tiny particles which 1. are poisons in their own right 2. can attract heavy metals and combinations of elements which are toxic 3. fill the stomachs of animals instead of real food – thereby lowering their nutritional intake.

Alternatives include modified (e.g. shaped or hardened) wood, modern degradable plastics, glass, and ceramics, layered and lacquered leather.  These are all excellent resources but not any of them can build large bridges, carriages, boats, railway track, communications wires and towers, solar panels, nor tanks.

Metal degrades, is easily reusable on site, cleanly recyclable and in some new steelworks, it is necessary for the starting up of the manufacturing process.  Modern steel technology has been developed to run on significantly lower energy inputs.

In a permaculture design metal is ideal for cages, tools, stoves, trolleys, wood storage bins, animal food storage, tanks, barrows, buckets, fencing wire (especially to deter large unwanted animals such as feral deer). Next time I get a scratch from the wire, I’ll blame my gloves, not the metal.