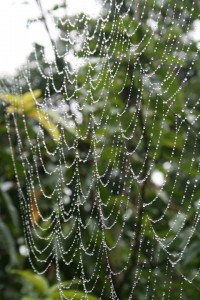 Man did not weave the web of life, he is merely a strand in it.  Whatever he does to the web, he does to himself.” attributed to Chief Seattle
The most important part of a permaculture course is the Ethics and that it is why it is the first topic.  15 years ago we had someone enrol in the Permaculture Design Course with us.  He was a marketing lecturer and a very busy man.  He said he would rather skip the chapter on Ethics as he had a site that needed hands-on development and quick implementation to reduce his maintenance hours.  We encouraged him to push on the practical side if that was going to help. 15 years later he still hadn’t finished the course.  He had his site working well but he wanted to appologise.  He had come to realise that all his effort and saved money was pointless because he hadn’t thought about the ‘why’.  He finally saw the value of having ethics and having a vision.  The end result was still good for his site but having had the ethics in place would have helped him be more of an active part of the eco-system and community.