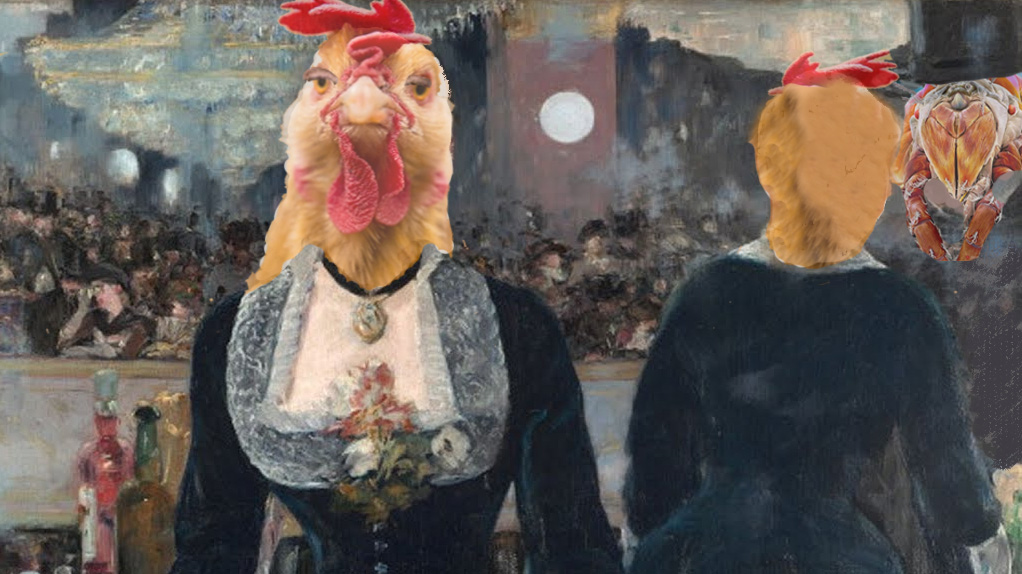 Knee-deep in bat guano, Stuart dropped his dream of being a marine biologist swimming in tropical waters. He had met Micridium hilli. Since that day, he has lived in service of miniature soil animals and is still in love with them. But why should we care about soil animals? How can such tiny creatures be the key to sustainability? Stuart throws this tiny but mighty gauntlet at our feet, challenging everyone, including those who practice Permaculture.

“I was pretty horrified because I was in a faculty of agriculture at McGill University and they talked about soils without actually talking about the life in the soil. I said to them ‘you need to include stuff on the life in the soil it’s not a dead system – it’s a living system’

Early on, organic farming and permaculture, and sustainable agriculture was touted in his lectures about soil ecology. Talking about sustainability was academically radical. But the rebellious, long-haired open-minded students took to soil animal ecology and pioneered sustainable ecological agriculture.

During the 70s, Stuart became fascinated with soil, writing papers. Stuarted created a ‘key’ for the main groups of insects living in soil. These soil animals are mostly the immatures of insects, the babes of the above-ground world. This was a fertile period of discovery for many soil-animal academics.

Why should We Care about Soil?

We need to care about soils for a number of reasons. First of all, the soil is the source of our food. Soil also supports all the other species on land that we share on the planet. It has a vital role. Agriculture is increasingly industrialised. For many, agriculture is simply a production and consumption system based on nutrients, fuel and numbers. On the other hand, sustainable agriculture needs to be a system of production, consumption then recycle.

Simply put, the waste from the production and consumption must go back to the soil. Then is decomposed to provide nutrients for the next lot of plants for our consumption.

Our lack of understanding of cycles in nature has led to a shocking degradation of soil. In our ignorance humanity has harvested produce off the land and then dumped it. We have also trucked in nutrients instead of encouraging natural renewal of nutrients.

Whereas, we must recycle waste. The trucks that took the food to market, need to cart the waste back to the land. All decomposable waste is needed back on the land. Appreciation of cycles in nature is vital. Following this, how do we enable the decomposition and recycling processes, to enable the sustainability of that system?

We can foster a deeper understanding of our soil. Stuart urges us to think of this understanding in a similar fashion to our relationship with humans. Forming a relationship with another human requires us to spend some time with them, observe and listen to them. And possibly carrying out small non-intrusive meaningful experiments. And so it is with soil. We need to spend time in the soil.

Last century we got excited about finding life on the moon or on another planet. But, we hardly had any understanding of life under the soil. So, incensed by this ignorance, Howard Ensign Evans named his book Life on a little known planet.

Looking out on a landscape, we see cows and wildlife, trees and fields of flowers. However, the amount of biomass and diversity above ground is merely a fraction of the biomass and diversity under the ground. Most of the organisms are invisibly small. Except for the fungi. Some fungi grow as big as the forests and they often extend across the forest and enable communication between plants.

Luckily, this amazing world of microbiological life underground is being managed by the animals in the soil.

Fortunately, the soil animal ecologists have sought a deeper understanding of the soil. This is because the organisms they study are the ones that are essentially managing that soil system. So, catering to the needs of the animals in the soil builds soil sustainability. In particular, we need to cater to small animals like mites and springtails and small insects and all their relatives.

Soil animals like three types of housing spaces. First up, some like the particles (inorganic and dead organic matter). Others are aquatic organisms particularly protozoa and nematodes love the water film around the particles. Finally, the third zone is the spaces between the wet particles. Here live the microarthropods and their relatives and they’re wandering around up to their knees in water.

The aquatic animals are primarily feeding on bacteria. On the other hand, the creatures in the airy spaces feed primarily on fungi. Fungi grows as a result of the decomposition of organic matter. These creatures browse fungi in the same way as cows, sheep and kangaroos graze.

These creatures have been farming fungi for millions of years. When we look at a leaf, we see it broken down by a succession of different fungi and bacteria. In particular, the fungi produce spores as well as hyphae. Browsing on the solid part of the fungi are mites, springtails and their relatives.

Unlike us, they have a mucus lining to the gut that extends outside called the peritrophic membrane. When they eat the hypae their membrane wraps the poop into a little package. These soil animals digest part of the hypha, like the stalk, but don’t digest the spore. Consequently, the spore lives on to produce more fungi of this preferred species.

The foods they prefer are farmed effortlessly. As the soil animals wander around, pooping, they leave little bits of potting soil with the hyphae and spores.

This two-fold process allows them to effortlessly distribute spores of their favourite food source. It’s a highly complex system. There will be several dozen species of mites and springtails doing this. Each distributing different spores. Each producing fungi which is needed for the proper decomposition of the organic matter in the soil.

So the key to maintaining soil is returning organic matter, the habitat for soil animals, to the soil. This also enables the fungi to have some food. Furthermore, there is food available further up the food chain. The microarthropods get to have some food and this enables them to carry out their beneficial functions. Above all, the predators get a feed. These include ferocious mites, pseudo-scorpions, and centipedes.

Atop of a Fascinating World

Micridium hilli is the Ptillid beetle Stuart discovered in the bat guano during the late 60s, whilst doing his Ph.D. It is probably the smallest beetle in the world. It lives at the edge in the cave between the fruit bat guano and the insectivorous bat guano. This is an interesting phenomonae, particularly in relation to permaculture. One of the aspects making permaculture particularly effective is that it’s a design process that creates fertile edges. So, instead of having a field of all one species, we develop a whole complexity. Complex edges reduce pests and increase decomposition in Permaculture systems.

Complexity is really important in managing the soil. For example, when watering a row of plants it’s really important to only water on one side at a time. So, one side is a bit drier. This enables the life in the soil to choose where to go. This was discovered in sewage systems. where rotating sprays failed intermittently. “We often learn things through mistakes” Stuart remarks.

Overruling of living productive systems by engineers has been the downfall of a lot of these systems. The engineer seeks to create a uniform system. But biological systems functions better when it’s a variable system in time and space. You see this particularly in chicken houses. The strategy once was to create uniform temperatures and lighting conditions for the chickens. However, chickens lay more eggs when the light comes on and off and the temperature goes up and down. We are slowly understanding wisdoms of nature.

From Despair to Action

What can an individual do to encourage agriculture to change? Stuart was horrified when he first went to Canada. He saw vast areas of uniform landscape in the prairies, vast fields of wheat. And found the same in America with corn. A study showed we’d lost 60 percent of the organic matter over the previous 30 years. The value of that loss was multiple times the value of the national debt. People worried about the debt but not about the loss of organic matter in the soil.

In later years, Stuart grew to appreciate psychology and psycho sociology. In all these areas he developed a process of change. He is interested in cultural change to bring about real sustainability. Most change in society was reactive. It is a type of patching up, curative change. This type of change merely enables the existing system to be perpetuated. What he realized is a fundamental change is required.

Redesigning how we do things is a proactive front-end approach. It is multifaceted. Unlike the reactive classic approach with a single solution: a magic bullet.

And this is the same today with sustainability. There are people saying we just need to put solar collectors on our roof. Or we need to have access to gas as an interim energy source. Or we simply need to recycle our wastes and so forth.

But actually, a whole redesign of the system is required. That’s why permaculture is so interesting to Stuart Hill.

Learn more with us today.