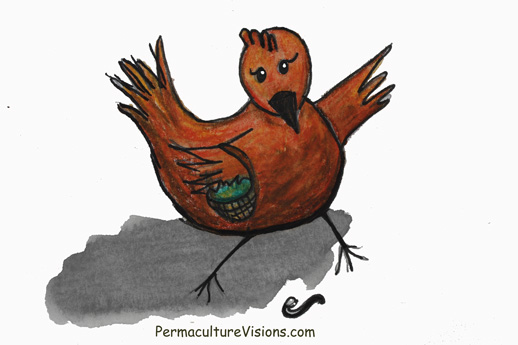 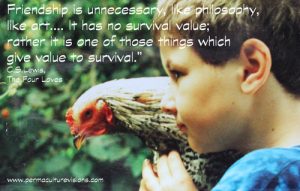 Growing up in a gorgeous permaculture garden builds some unusual adult expectations. Our children played with worms, cuddled chickens, climbed trees, nibbled on flowers and sometimes fell into patches of stinging nettle. When our son grew up he was shocked by the city waste and frustrated that he could no longer compost.  Confined to a totally indoor existence, his idea for an indoor worm-farm was conceived.

Our first worm-farm towers were developed by one of our permaculture design course graduates, Robyn Crossland. The worm-farm adventure is ever developing.

Waste in a Tiny Space 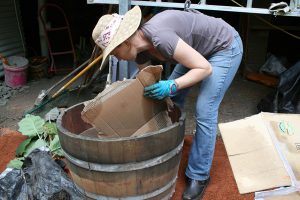 We looked at old worm-farm systems which are pretty cool and decided to create a tiny version. The coffee-addict indoor worm farm was the smallest prototype.  Then we up-sized to an old kitchen bin.

Even though we have plenty of space outdoors, we didn’t expect the indoor worm-farm to be so convenient. We loved it. The waste items that are not suitable for the poultry (such as banana peels) go directly into the worm-farm.  So, we kept one for ourselves.

Worms like a steady temperature, they don’t like hot black housing in the full sun. Worms instinctively hide from sunlight. Nor do they thrive in cold mouldy places. Compost worms, [Perionyx Excavatus and friends] come from the tropical treetops. Our great indoors are cosy for worms, especially in winter.

Worms don’t smell bad.  Rotting food smells bad. Imagine having house-mates who don’t bother to put out the garbage until it gets smelly. That was the situation our son was living with. How could worms living in the food waste possibly be worse than that?

The first challenge is to learn what can be put into the worm-farm.  Basically, worms can eat anything that was once living, but they prefer not to eat citrus or onion. Meat can be a problem because it goes off quickly. So leave out meat, onion and citrus and add some shredded paper and cotton rags every now and then to reduce wetness. 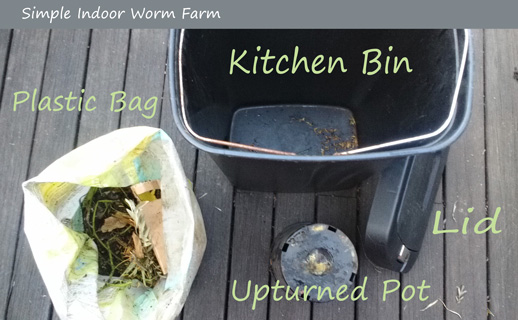 What Do I Need?

For a Simple Worm-farm You need:

Follow the instructions for a Basic Worm farm then add plants on top. You need: 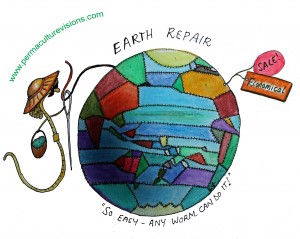 Are Worms Fast? Yes But…

Worms are not the fastest composting organism but they are low risk. If you want fast composting, make a black soldier larvae farm.  [Don’t have a larvae farm indoors without really strict hygiene controls].

Like everything else, neglect is one of the biggest killers for pets. Indoor worms are likely to die from too much liquid, too little food or too much food. But there is one killer lurking in many household kitchens – insecticide. Poisons would account for sudden deaths. Avoid sprays and cleaners entering the worm bin. 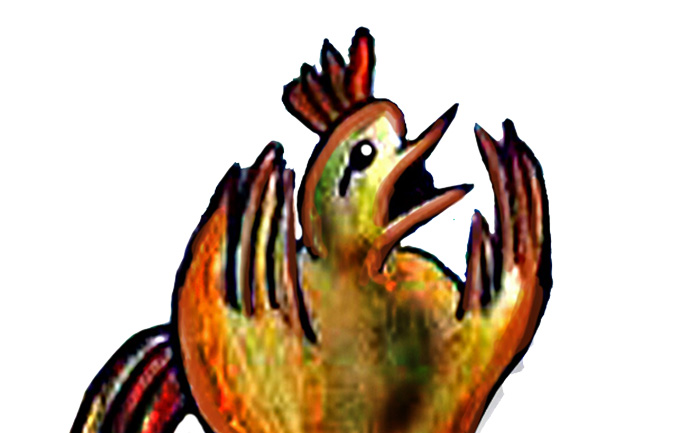 The Chicken is one of the most successful species on the planet.  The chicken has traveled the world, exhibited in shows and been pampered affectionately.  For centuries they have enjoyed the best seats, fully catered free rides on ships, planes, trains, buses, canoes and rafts. Contrary to recent reports, Chickens are likely to adapt faster to climate change than humans. They have adapted twice already during their companionship with humanity. They are set to stay. 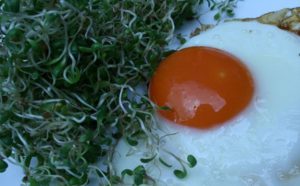 Over Ten Thousand years ago, the chicken became the first domesticated animal.  What attracted the chicken to people was the abundance of waste. Chickens don’t mind eating slightly off-meat and love maggots and other distasteful horrors. Chickens rarely compete with humans for food. They eat a wide range of food and grit. People probably decided to keep the persistent chickens because they are relatively easy to catch at night and have highly nutritious eggs. They would have seen how quick and efficient chickens are to clean the waste.

What do Chickens have that we don’t? 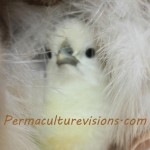 Chickens often have carers. Chickens are also opportunistic eaters and learn to adapt to dietary changes. They are persistent parents. In good conditions they will breed every year. The chicks learn quickly and are independent within a few short months. Quite often, if things go poorly in the mothering house, a chicken will simply take a short break, fraternise with her favourite rooster then start laying and sitting again. Each generation provides a chance to genetically adapt. Even old hens [ie. our 9-year-old chicken, ‘Ginger’] suddenly started laying again if the conditions are right.

Chickens wake up with purpose and sleep well.

Chickens come originally from the dense forests of the Tropics. Scientific evidence has demonstrated that they have already adapted twice before to enable them to grow obese an 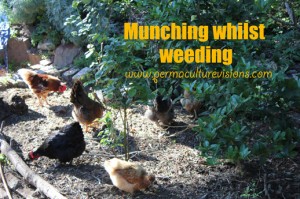 d to breed all year round. They can adapt again, if they are given the r. Dr Carl-Johan Rubin of Uppsala University.

When we provide chickens with the chance to shelter in the cool sections of a food forest, they help to control the weeds, fertilise the trees and clean up fallen fruit. Their tendency to get fat makes it easy for us to catch them when we need to.

It is us, the keepers that need to adapt if we wish to continue enjoying the company of Chickens. We can devise solar passive chicken houses, give the chickens some self-determination about where to lay or hang out during the day and take time out to observe them. 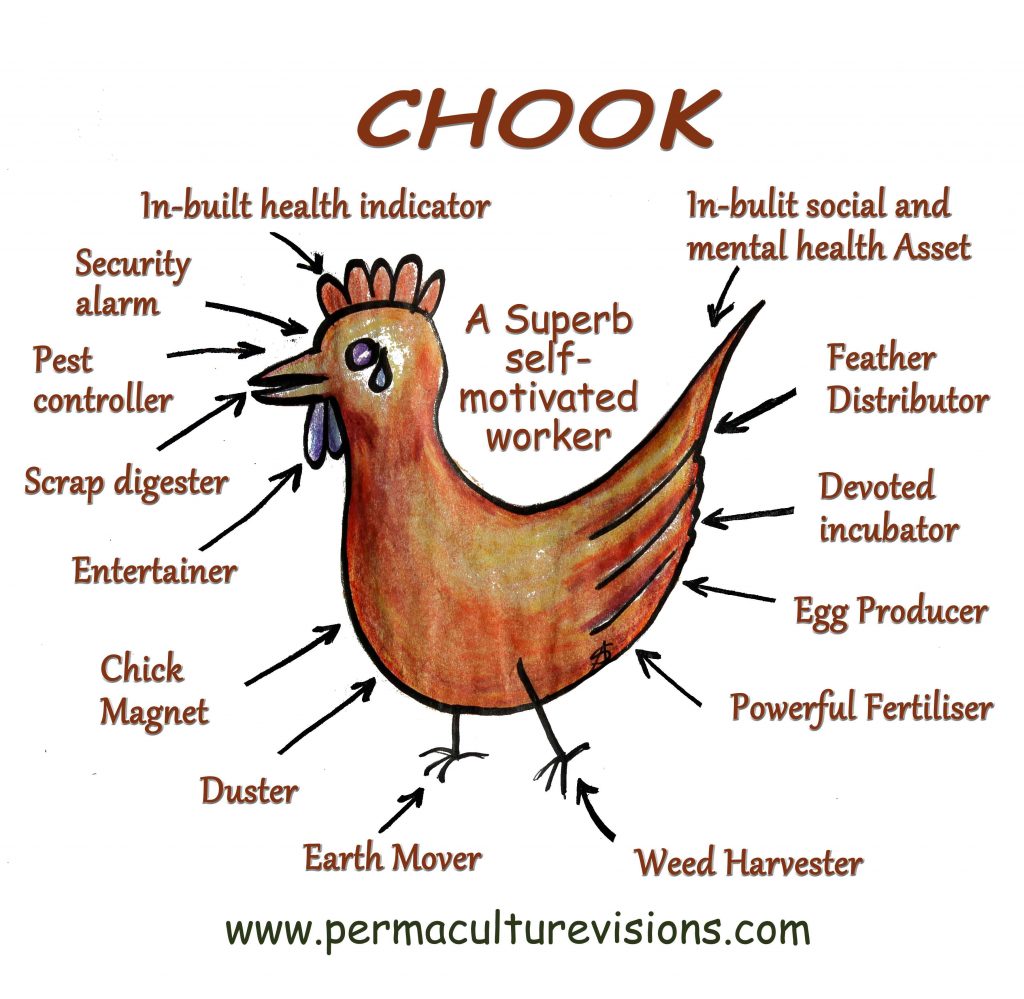 Don’t just dream about it – do a permaculture course and enjoy the change. 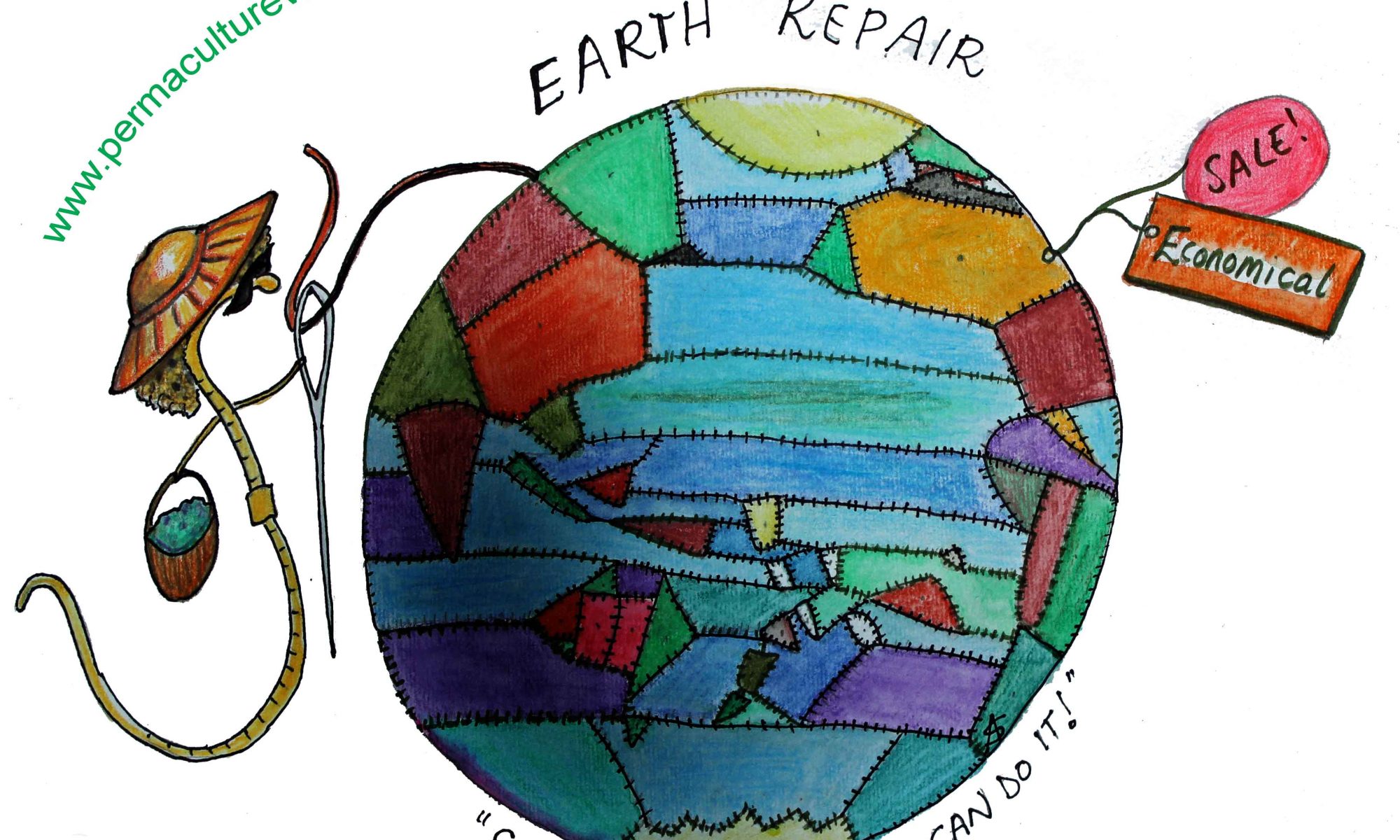 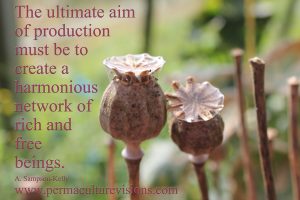 Double digging is a technique where you dig, put the soil to the side, dig a bit more and toss that second lot of soil into the first hole. Essentially, you are turning the soil and bugs upside down and letting their shocked, dead bodies feed the your new plantings. In thin soils (like dryland soils) you would be bringing up the subsoil and trying to turn it into top soil. Double digging is destructive.

Double-Digging can be Instantly Impressive

The growth on plants (and sometimes the weeds) is quick and leafy. Double digging is an old farming technique used for centuries in countries with cool climates, deep soils and a careful regime where the soil is rested for long periods to try to recover. If you are in the modern world where land is expensive and there is pressure on you to do use (no time to rest it), or you want to use the space that is close to your backdoor not far away in a forgotten back corner of your garden. Then double digging is not your best option. 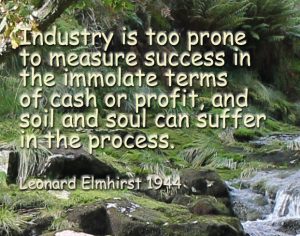 Digging can be satisfying.

We can buy a fruit tree, dig a hole and put the tree in the ground. In a short time the tree may be fruiting and voilà we have the start of a food forest. Or do we? A real food forest captures condensation (more condensation can come to your garden than rainfall).  A Permaculture forest builds soil.  Condensation is trapped and rainfall stored in the soil.  Water is used and re-used.  Organisms are nurtured not sacrificed.  A good permaculture forest design optimises the use of natural energies and serves to increase the health of the soil.  Healthy soil gives us healthier trees and more nutritious fruit. 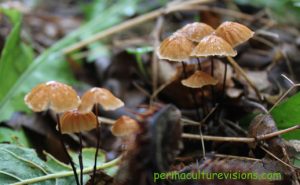 Healthy soil grows in height over the years. We can see the somewhat gruesome evidence of this in ancient graveyards where the ground level has risen.

What could be more satisfying than Digging?

No-dig gardens can be designed to capture and filter the rain-water and protect the soil and micro-organisms from erosion.  No-dig gardening

No dig gardening requires a little patience but the soil is regenerated, fertility is enhanced and the organisms are constantly building in numbers.

There are many traditional farming techniques where the nutrients and organisms in local forests are brought to their fields to ‘seed’ worms and nutrients into the fields to improve fertility.  Some people have turned it into a quirky sport like worm charming.

Have fun learning about healing the earth with a permaculture course. 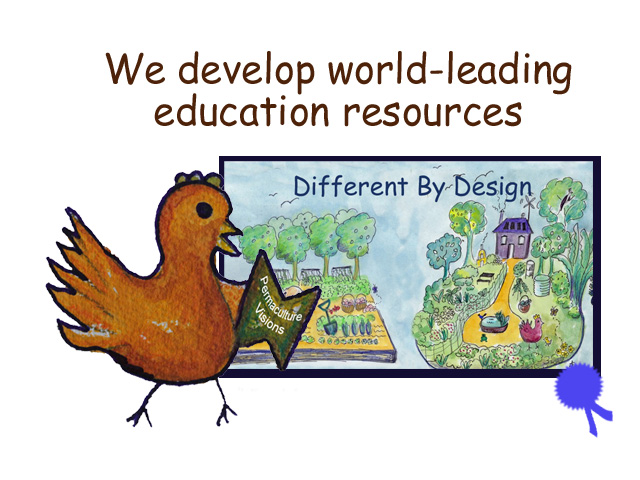 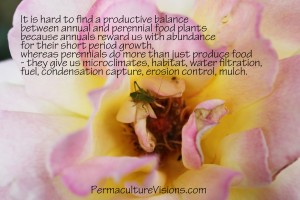 It is hard to find a productive balance between annual and perennial food plants. Annuals reward us with abundance for their short period growth, whereas perennials do more than just produce food – they give us microclimates, habitat, water filtration, fuel, condensation capture, erosion control, mulch.